While I love gardening, I think it’s only fair to say that my main motivation is in having access to interesting and photogenic plants so that I can photograph them at the best. We seem to be in the mid-May rainy season at the moment, but I took advantage of a brief sunny spell to photograph a couple of plants.

We’ll start with Allium karataviense ‘Ivory Queen’, which is just coming into full flower. The first image is a stack of seven images, processed with Helicon Focus into an image that’s sharp from front to back. 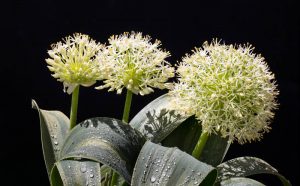 I followed this with a closer look at the flower detail; this is a single image shot at f32. 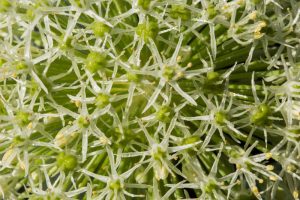 My lupins are beginning to produce flowering spikes, but rather than showing the whole spike I chose to move in on the detail in order to emphasise the pattern. 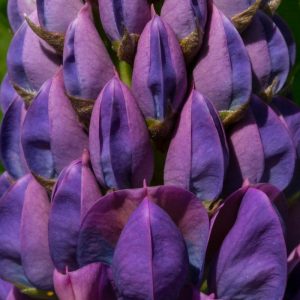 We’ve had a lot of rain recently, and after a shower the sun came out briefly. Ever since I started growing lupins I’d noticed the way that water droplets collect on the leaves, but never got round to photographing them until today. Because I wanted to emphasise the pattern, I converted it to monochrome and boosted the contrast a little.

All images were taken on a tripod with a Canon 6D and Canon 100mm f2.8 macro lens at ISO 100. The RAW images were processed in Photoshop, and as always there is minimal processing, generally just cropping as necessary and the usual sharpening.